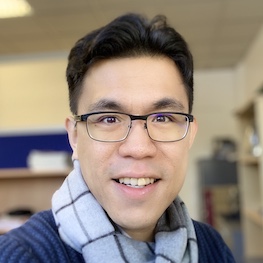 I received the BEng (Hons) in Electrical and Computer Systems Engineering and the Ph.D. in Fault Diagnosis and Control System from Monash University in 2006 and 2009, respectively. I am now a Senior Lecturer in Mechatronics Engineering and Control at the School of Engineering, Ulster University, UK, and I am attached to the Nanotechnology and Integrated BioEngineering Centre (NIBEC).

My research interests include fault diagnosis, mathematical modelling, and data analytics for anomaly detection and classification.

In 2014–2015, I was a postdoctoral researcher at the Division of Vehicular Systems, Linköping University, Sweden, where I worked with Volvo Car Corporation (VCC) on advanced fault diagnosis schemes in vehicular engines using model-based and data-driven methods.

I was instrumental in developing a Digital Twin on the Matlab/Simulink platform for realistic Model-In-The-Loop testing of various residuals generation and fault diagnosis methods for the following:

During the COVID-19 pandemic, I led the Modelling and Forecast Task Force at Ulster University where we worked with the Southern Health and Social Care Trust to provide analysis to the Governments Specialist Modelling Response Expert Group in Northern Ireland. The main purpose of the project was to validate and inform the Modelling Response Team’s work as well as help governing bodies in Northern Ireland to better plan for intervention measures and ultimately flatten the curve. I am also a member of the COVID-19 Task Force set up by the IEEE Region 8 community. In addition, I led a team of researchers and data scientists from Ulster and Queen’s University Belfast to work with the Incident Controller for the State Health Incident Control Centre and Chief Health Officer of the Department of Health in Western Australia to model the outbreak of COVID-19 on commercial cargo vessels.

I am the Moderator for the IEEE TechRxiv, the Associate Editor for IEEE Access, and the Editor for PeerJ.

I am also an Adjunct Senior Research Fellow with Monash University Malaysia where I served as a Lecturer from 2009, and subsequently a Senior Lecturer till 2017.

Lecturer in Mechatronics Engineering and Control
June, 2017 – September, 2021
I am responsible for Control Engineering related modules taught to undergraduate students. I coordinate and teach the following modules:

Research wise, I am attached to the Nanotechnology and Integrated BioEngineering Centre (NIBEC) at the Jordanstown Campus, where I work mainly on fault diagnosis and data analytics for anomaly detection and classification.

Past Employments and Affiliations

I continued to work on the project described under my position as a Postdoctoral with the same institution. Besides further developing the FI scheme on paper and via simulations, the project also progressed to the testing of the designed FI schemes onto the actual engine in the Engine Lab via the dSPACE control system.

I was based in the Division of Vehicular Systems (FS) at Linköping University, Sweden where I worked on Fault Diagnosis of Single-Turbocharged Gasoline Engine with Volvo Car Corporation (VCC).